In our usual Holborn venue (see below) or - currently - via Zoom the readings are entirely for ourselves (usually 12 - 14 attendees on and off throughout the day - all professional working actors and industry guests, including directors,  with the occasional writer to hear their new script being read. There is no audience, and scripts are forwarded for downloading to devices 48 hours or so before - and with a small number of paper copies available on the day (for 'in person' sessions). No prep is required, in fact the contrary, the spontaneous discovery and realisation being all; and with a general principal of 'fair gos' for all as far as possible across each script (so roles switched and shared around between each scene etc).

​WHILE COVID RESTRICTIONS REMAIN IN PLACE ALL SESSIONS ARE CONDUCTED VIA ZOOM.
DONATE: READING GROUP SUSTAINED 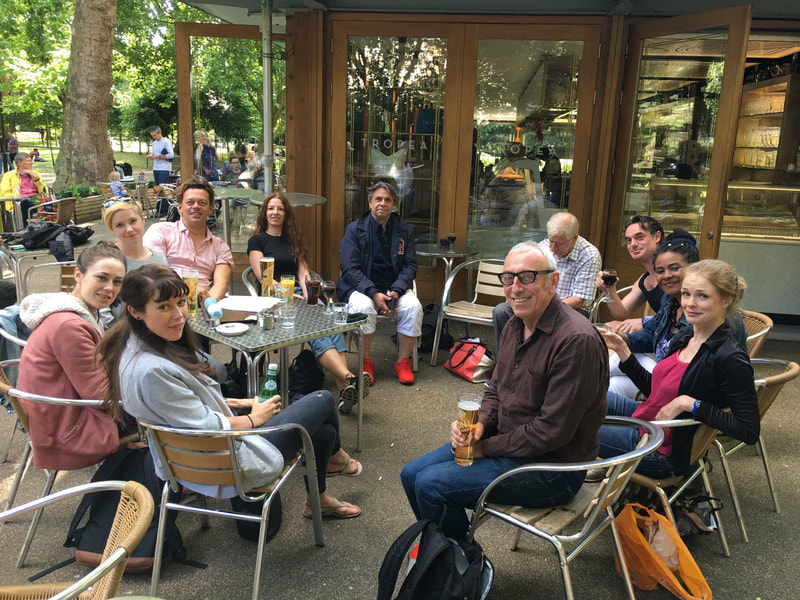 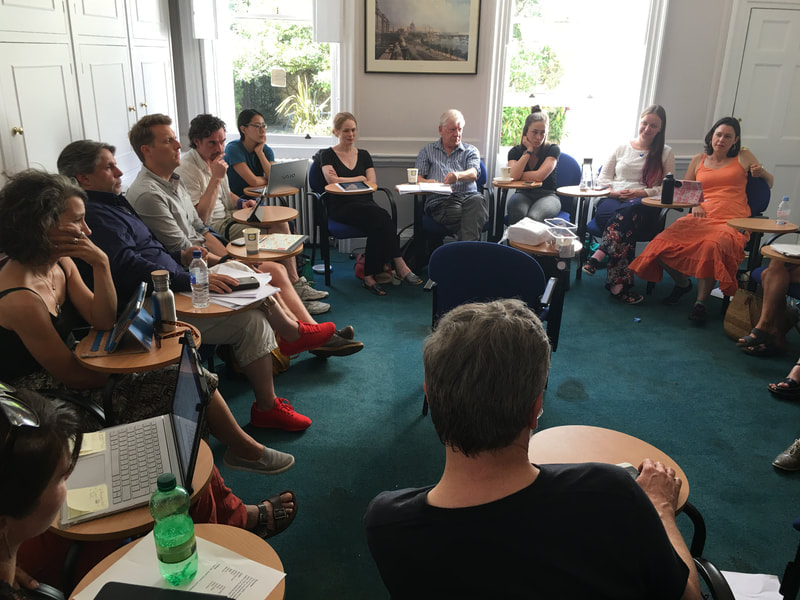 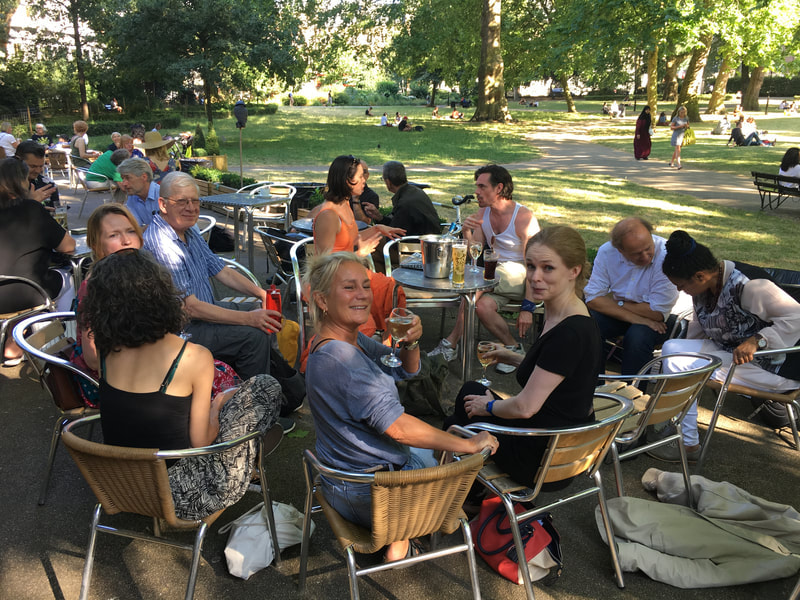 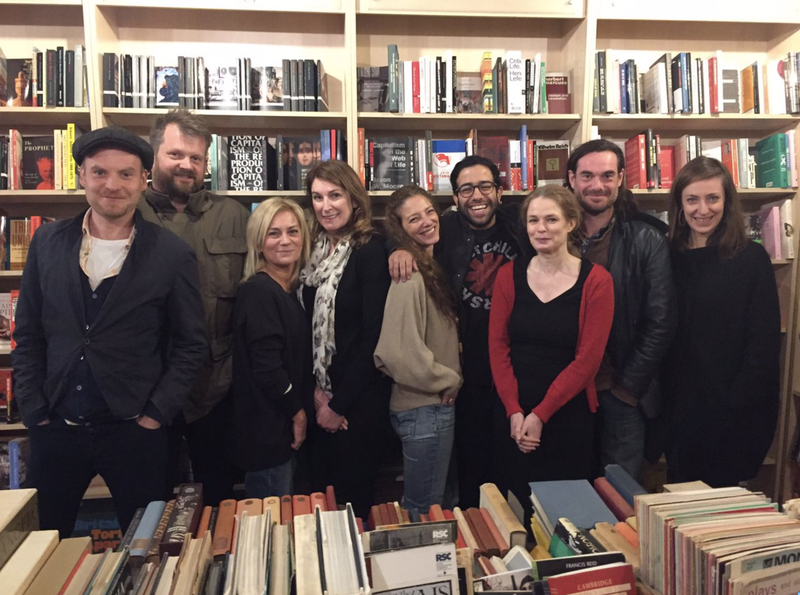 ​Once you are on the invitation list,  you get emailed invitations around 10 days prior to each monthly session (usually taking place on the final Friday of each month 11am - 5pm, at out current venue in Holborn: the IES Centre, 5 Bloomsbury Pl, Bloomsbury, London WC1A 2QP (nearest tubes Holborn - 5 mins away - and Russell Square - 8 mins away. Just off Southampton Row, with a Costa and a Cafe Nero almost opposite) 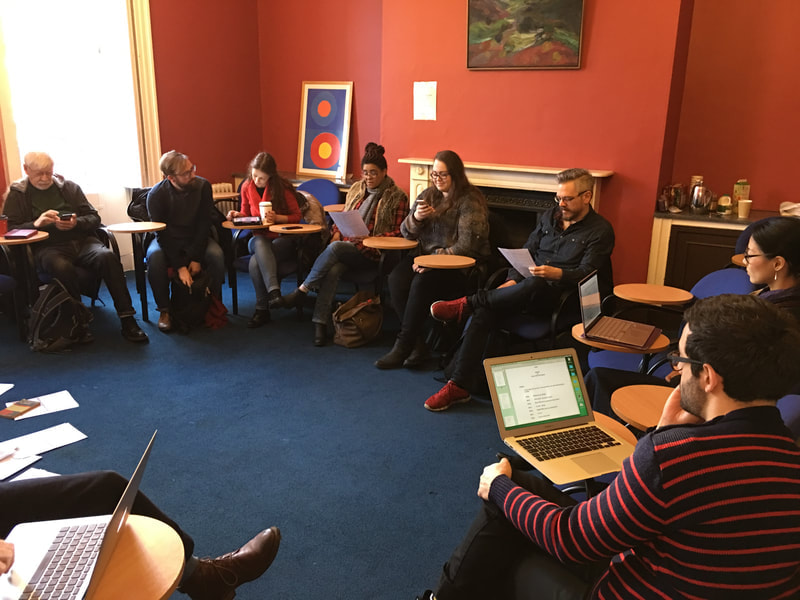 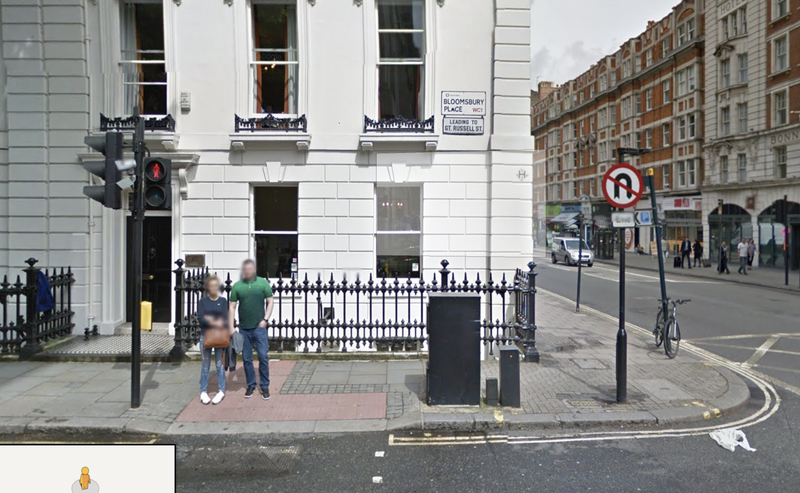 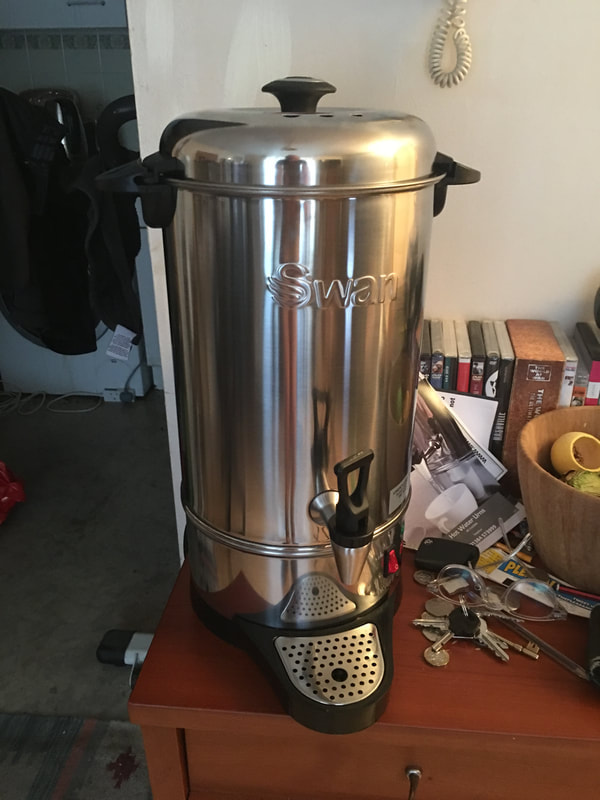 ​ If you are a working actor or industry professional who would like to participate
​please contact Colin Ellwood at
colinpresence@gmail.com