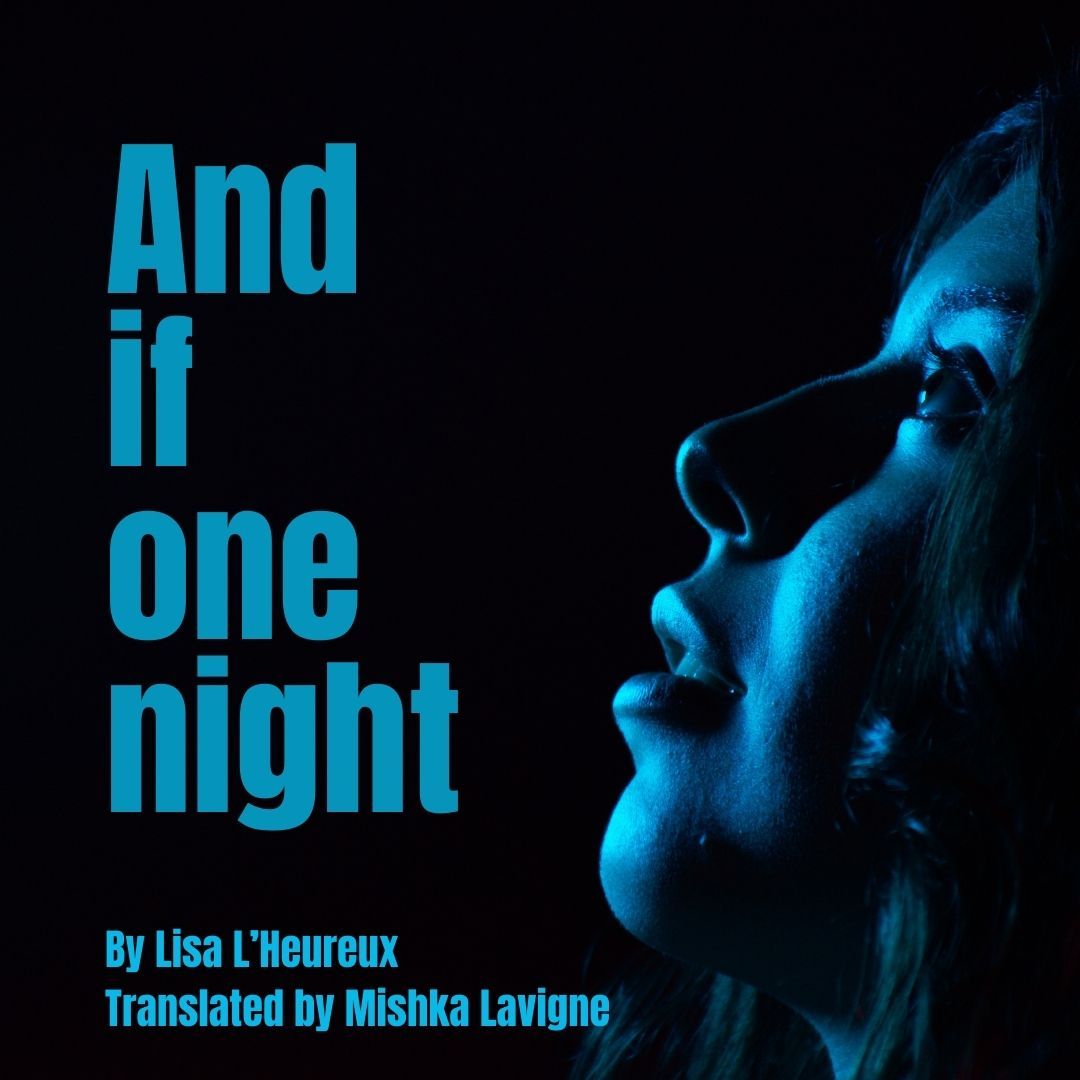 “Modern and poetic…four characters whose desires for true human contact seek to transcend the virtuality of screens and the superficiality of online relationships. …Lisa L’Heureux’s characters use the darkness of night to reveal their true colors. Even if they’re hide behind an avatar or keyboard to communicate…Mia, Danielle, Anita and Joseph emerge from the shadows with courage and clumsiness as believable as it is touching. Her pen rich with accuracy and affection, Lisa L’Heureux portrays a generation in search of self and real, concrete meaning to give to its intimacy. “ – ici.radio-canada.ca

In a grey apartment building, four characters live in a dreamlike space in which time moves forward without moving, sometimes in an offbeat and unsettling way. Written as a fragmented dream, this choral piece draws its inspiration from the night to dive into zones of human intimacy that are often hidden. Here, inaction, the moment that precedes the act, is the root of all tension.

Et si un soir was directed by Lisa L’Heureux, produced by Théâtre Rouge Écarlate with the support of Théâtre du Trillium, Nouvelle Scène Gilles-Desjardins in Ottawa, 2018 and received a residency at Chartreuse-lez-Avignon, France, 2015. It was a shortlisted for the Governor General’s Award French Language Drama 2019, the Prix du livre d’Ottawa (2019) and the Emerging Author Award Prix littéraire Émergence de l’AAOF (2019).

It was the recipient of the Prix littéraire Trillium (2019) and Lisa’s production won the Prix Rideau, Outstanding Production Award.

This translation was made possible by a grant from Canada Council for the Arts.

LISA L’HEUREUX (She, her, hers) is an Ottawa-based playwright, director, and dramaturg. She is a graduate of  University of Ottawa (B.A. in Theatre and History) and of University of British Columbia (M.A. in Theatre Research). With her company, Théâtre Rouge Écarlate, she has created Ciseaux, Pour l’hiver (Prix Jacques-Poirier 2017), and Et si un soir, cocreated Proximité and directed Projet D. She has had playwright residencies in Belgium (Mariemont, CED-WB), France (La Chartreuse de Villeneuve les Avignon) and with Théâtre du Trillium (Ottawa). She has contributed to many collaborative pieces, such as À quoi ça sert d’être brillant si t’éclaires personne (NAC French Theatre). As a dramaturg, Lisa worked with Satellite Théâtre (Moncton) and with Sudbury playwright Antoine Côté Legault.

Mishka Lavigne (She,her, hers) is a playwright and literary translator based in Ottawa/Gatineau. Her translation work for theatre has been seen in Ottawa, Montreal, and France. Héritage, her translation of Lorraine Hansberry’s A Raisin in the Sun opened the 2019-2020 season at Duceppe in Montreal.  She is currently working on a French translation of Karen Hines’ All The Little Animals I Have Eaten. Her translations of poetry were published in Ontario and Québec, included the recently published Cette blessure est un territoire, a French translation of Billy-Ray Belcourt’s Griffin Poetry Prize winning collection This Wound is a World. Her own works include Cinéma (Théâtre la Catapulte and Théâtre Belvédère.), Vigile (Théâtre Rouge Écarlate). Her play Havre recently won the Governor General’s Literary Award for Drama (French) and was shortlisted for the Prix Michel-Tremblay.

This is a free event

Attendees are not visible on the screen but can ask q's via 'chat' facility etc. 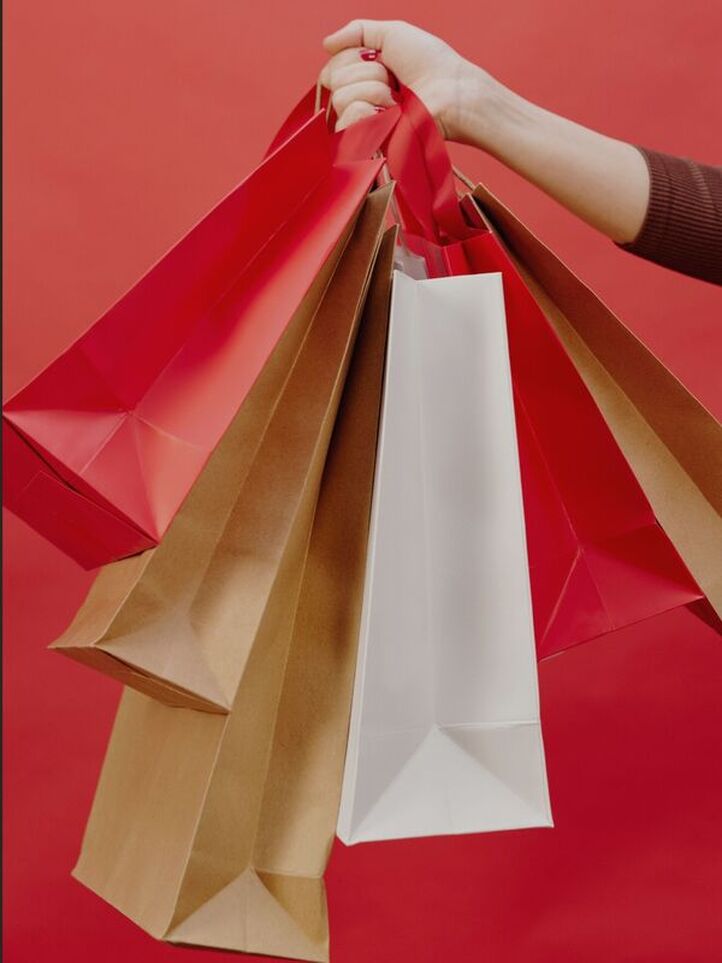 CAST TO BE ANNOUNCED

“This is one of the best texts of the new season…hard-hitting and funny…”
Mario Cloutier, La Presse +

Searching, finding, buying, again and again: the t-shirt, the earrings, the dog, the rabbit, the snake, the flying carpet… In search of comfort, seven women of divers background and ages dive desperately into a whirlwind of outrageous consumption. Seven prisoners of the shopping mall, each of them encounters her destiny.

Emmanuelle Jimenez examines shopping malls as both symbols of our collective alienation but also of our need for community. The need to share, to communicate, to feel surrounded, then confronts the need to consume more and more of the same things, at the risk of finding our souls bruised and our dreams shattered.

This translation was made possible by a grant from Canada Council for the Arts.

Emmanuelle Jimenez (she, her, hers) trained in performance at the Conservatoire d’art dramatique de Montréal. While continuing working as an actor, she devoted herself to writing.  Her plays include Du vent entre les dents (Théâtre d’Aujourd’hui), Rêvez, montagnes! (Nouveau Théâtre Expérimental), Le dénominateur commun co-written with François Archambault (Théâtre Debout), Cendres (Des pieds des mains), and Bébés co-written with Alexis Martin (Nouveau Théâtre Expérimental).  She’s led numerous cultural projects, including with La Maison Bleue in Côte-des-Neiges and the Montreal North Cultural and Community House. She was a member of the Board of Directors of the Festival du jamais Lu from 2003 to 2010 and has been a member of the AQAD Board of Directors since 2014.

Johanna Nutter (she, her, hers) is artistic director of creature/creature, a polymorphic company born of Nutter’s passion for blurring lines between established divisions. Her work has toured extensively throughout her home province of Quebec, across Canada and internationally, in both English and French, to such venues as Soho Theatre (London), The Pleasance (Edinburgh), Les Halles (Brussels), and La Licorne (Montreal). Known for her intimate and personal collaborations, recent works include Tree Hug, OSCAR, and the multi-award winning my pregnant brother/my playwright sister (2009 – 2018). She won the PWM/Cole Emerging Translator award and brought CHLORINE (Longpré & Michon), which produced and directed at The Centaur (Brave New Looks 2016). She is currently working on texts by Annick Lefèbvre, Guillaume Corbeil, and Étienne Lepage.