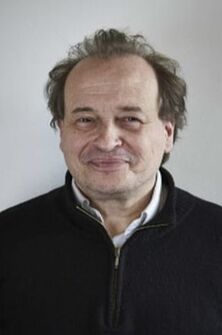 For Presence Theatre Simon's productions include CHORALE - A Sam Shepard Roadshow, If So, Then Yes and Warm. Staged Readings include They Have Given Us The Land, You Can't Hear Dogs Barking & Luvina, Perkin Warbeck, Uncle Vanya and, as co-director, The War in Heaven. He co-led the Reading Group Live! event at the Nottingham European Arts and Theatre Festival, the Performance of Directing workshops at Rose Bruford College and the workshops and discussion sessions at Dreams Before Dawn Festival in Paris.

He has also directed The Tempest, The Dead Dogs and Ivy and Joan at The Print Room, The Complaint at Hampstead Theatre and Making the Sound of Loneliness for Actors Touring Company at Latitude Festival. He has also staged major productions for the Royal Shakespeare Company, the Royal Court Theatre, the National Theatre, Chichester Festival Theatre and in London’s West End. He has been Artistic Director at the Belgrade Theatre, Coventry and Associate Director of the Leicester Haymarket.

For Presence Theatre Colin created and co-led the Performance of Directing workshops at Rose Buford and the workshops and discussion sessions at Dreams Before Dawn Festival in Paris.

​He was administrator of the Scottish Society of Playwrights 1988-90 and in the same period founded Opening Acts, a T.I.E. company which toured Scotland.  Freelance directing included new writing for the Traverse and a local community TV project that won the Royal Television Society  ‘Best Dramatised Production’ for 1989. He joined the RSC in 1991 as an Assistant Director, developing and staging projects for the education and new writing department, including Sybil and Waiting for Godot. In 1994 he set up Strangers’ Gallery, a company exploring exile and estrangement. Productions included UK premieres of Lope de Vega’s Jewess of Toledo and The Innocent Child in collaboration with early music ensemble The Dufay Collective, a series of absurdist underground Argentinian plays Tietro Abierto and the premiere of the newly-discovered original version of Rattigan’s Separate Tables.

He was Programme Director of the Directing BA at Rose Bruford College, building a series of projects and commissions in collaboration with Simon Stephens and Simon Usher, and has also directed at other major British drama schools. Other directing work includes work at Soho Theatre, the Finborough, Shakespeare's Globe and Norwich Cathedral, while extensive workshop experience includes leading sessions at the V&A Theatre Museum and the Actors’ Centre.
Caitlin McLeod    ARTISTIC ASSOCIATE 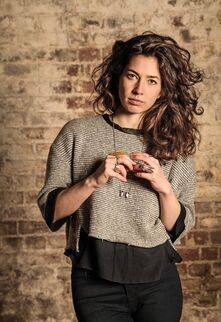 She was Trainee Director at the Royal Court Theatre from 2011-12, is currently a member of the OLD VIC 12 and Associate Director with HighTide and Cardboard Citizens and is setting up new company the Coterie, to help female writers explore daring ideas. 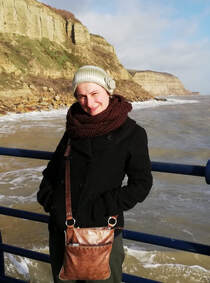 In 2019 Anna completed an MA programme in Arts and Cultural management from King's College London, where her area of research was relating to intersemiotic translation and theatre.
Anna first trained acting in Poland and after that theatre directing at Rose Bruford College, where she gained First Class BA Directing degree in 2009.
In the past she received The Sir John Gielgud Charitable Trust Bursary in 2008, The Rose Bruford Directing Bursary in 2011 and 2012, and The Kevin Spacey Foundation grant in 2013.
Her debut play, Hannah, was awarded a joined runner-up place for the New Writing South New Play Award at the Brighton Fringe Festival in 2010.
Play Occupied by Carla Grauls, staged in April 2014 received very positive reviews and was nominated to two Off West End Theatre Awards.
​Other directing credits include: I am Gavrilo Princip by Oliver Yellop (Edinburgh Fringe festival, Queen's Theatre Hornchurch), Lest We Forget by Marcia Zanelatto (Theatre503, Theatre De Menilmontant, Paris), The Frame by Michael Bhimm (Soho Theatre Upstairs) Showmance by Anna Jordan (Theatre503), A Night Out by Harold Pinter (Rose Bruford College), Someone Like You by Anna Jordan (Theatre503, PLAYlist) Sid by Matt Cunningham, Coming Home by Anna Jordan, (Theatre503: Rapid Write Response), Friends and Family and Other People by Sean Buckley and David Watson (BAC), Holloway Road by Darren Murphy (Theatre503, Urban Scrawl), Dead Dog at Dry Cleaners by Angelica Liddell (Pleasance Theatre).
Deborah Yhip - ASSOCIATE ARTIST 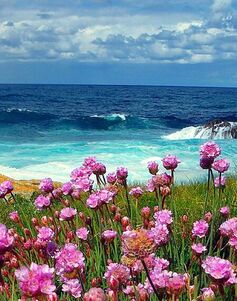