One of the aims of our Reading Group Summer Season is to explore different reading processes and scenarios as we look to build on the success of our regular format and to expand what Presence can offer.
So far this summer we have read and explored a new television pilot script, a Jacobean tragedy and a wonderful new French Canadian play in translation

Forthcoming is some very exciting new UK writing with writers present, and subsequently an exploration of the use of dream-material in relation some neglected 20th Century dramatic masterpieces,  as well as further developing Presence's long-term engagement with the work of Sam Shepard and Joe Chaikin.
​
​If you self-identify as working actor and would like to find out more, please email colinpresence@gmail.com for more details
COMING UP: as part of SUMMER SUSTAINED
​14TH OF SEPTEMBER.

​​We are pleased to announce our next reading exploration: a new play by Carla Grauls.
On the 14th of September members of the Presence reading group will live-read via zoom Made For Him, which has not been previously read or performed in public. We will be joined for the event by the author.
​A full account on our reading group blog soon.
​ 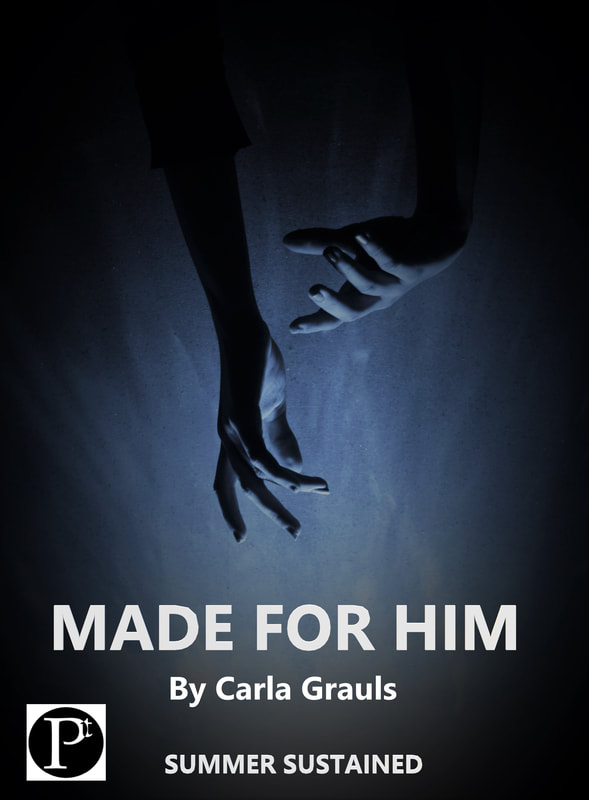 Carla is an award winning writer based in London. Her play Me Myself I was performed at the Vaults Festival this year. In 2018, she was selected for Audible's Emerging Playwrights Fund and wrote Life Ever After. In 2017, she was shortlisted for the Yale Drama Series Award for her play Natives. In 2016, she was selected to write a short play for Promised Lands, a playwriting festival based in Milan. In 2014, her play Occupied was produced at Theatre503. In 2013, she won the Nick Darke Award.

​Marie-Hélène Larose-Truchon (Playwright)
​
A year after graduating from the National Theatre School of Canada’s francophone playwriting program, Marie Hélène Larose Truchon won the Le théâtre pour les jeunes publics et la relève playwriting award for her play Reviens!, and received special mentions at the Prix Gratien-Gélinas for Minuit (2013) and Un biseau m’attend (2015). The latter two plays were given staged readings (in 2014 and 2015 respectively) at the Centre de auteurs dramatique’s Dramaturgies en dialogue festival in Montreal. A coproduction of Minuit by the Théâtre Double Signe and the Petit Théâtre de Sherbrooke was presented in Sherbrooke (2017) and Montreal (2018). Marie Hélène teaches playwriting at the National Theatre School of Canada French language program and is working on several writing projects for all-ages audiences. Her play Crème-Glacée was produced by Théâtre La Seizième (Vanco
Alexis Diamond (Translator)

​Alexis is an anglophone theatre artist, opera and musical librettist, translator and theatre curator working on both sides of Montréal’s linguistic divide. Her award-winning plays, operas and translations have been presented across Canada, in the U.S. and in Europe.  She  also collaborates internationally with artists on performance-installations involving text, movement and sound. In 2018, Alexis began a multiyear collaboration with professor Erin Hurley (McGill University) and Emma Tibaldo (Playwrights’ Workshop Montréal) researching the history of English-language theatre in Québec. In May 2019, Alexis Diamond served as co-artistic director of the famed Festival Jamais Lu, where she presented the mostly French-language Faux-amis with co-author Hubert Lemire, supported by CALQ. Her theatre translations are also in wide circulation: upcoming tours include The Problem with Pink by Érika Tremblay-Roy, published by Lansman (Le Petit Théâtre de Sherbrooke), and Pascal Brullemans’ The Nonexistant  (DynamO Théâtre). Three translations were presented in the 2018-19 season (for Geordie Productions 2Play-Tour, Talisman Theatre and Le Petit Théâtre de Sherbrooke). Her translation of Pascal Brullemans’ plays for young audiences, Amaryllis and Little Witch, was just published by Playwrights Canada Press. Currently the Quebec Caucus representative for the Playwrights Guild of Canada, she is co-founder of Composite Theatre Co. and a long-standing member of Playwrights’ Workshop Montréal. She has a B.A. in Creative Writing (Concordia University) and an M.A. in English Studies (Université de Montréal).
About Francophone Canadian Theatre
​
Quebecois and francophone Canadian playwrighting is on forefront of international playwriting - their work is translated and presented all over the world.  Like much European writing, Quebecois texts are written to engage the artists involved as well as their audience.  Textual presentation does not define production but engages in theatrical imagination and expression, embracing metaphor as much as much as English Language writing often embraces the well-made play.  In short, the text is often only the beginning of the theatrical conversation.

It’s particularly hard to describe the unique “Langue D’Auteur” created by Francophone Canadian artists as there’s nothing quite like it in Western English Language theatre.  Imagine Shakespeare, Moliere, Sarah Kane and Martin Crimp smashed together. It was developed in part to allow Quebecois artists to write for French language touring without sacrificing their own cultural and linguistic identity, and in part as a textual equivalent to the remarkable physical theatre and literature of the culture. It is a textual place where there are no rules or the rules are meant to be smashed.  The poetic or expressionistic are side by side with gritty realism and the mundane often becomes the fantastical.
​BoucheWHACKED! Theatre Collective (Vancouver, Canada)

​BoucheWHACKED! Theatre Collective is a Vancouver based collective made up of working theatre professionals dedicated to the development, production and presentation of multi language works, cross disciplinary practices and works in translation. With a specific focus on cross pollination between International, Canadian Francophone and Anglophone artists, BoucheWHACKED! aims to bring together the thriving talent that exists in communities separated by distance, language, and culture. www.bouchewhacked.com
​Jack Paterson
​
Launching from Vancouver, Jack is an award winning director, divisor, dramaturge, translator, actor and creative producer whose study and practice has taken him across Canada, the United Kingdom and around the world.  His work has ranged from contemporary devising, cross-cultural and multi-disciplinary projects to main stage and classical theatre in contemporary form. Recent projects include collaborating on the Global Hive Labs. international devised creations Atlantide (Teatro Trieste 34, Italy) and Medusa (Steppenwolf Theatre, USA & The Pleasance and Cockpit Theatres UK), leading the cross-cultural devised creation Balinese Folk Tales (SENI Indonesian Institute for the Arts Denpasar), dramaturgy for the disability arts project Cowboy Tempest by Niall McNeil (Vancouver). Last fall, he spent three months with the German innovation incubator flausen+ (theatre wrede+, Germany). www.jackpatersontheatre.com
Presence Theatre is a Company Limited by Guarantee
Registered in England & Wales no. 6315043
Registered Charity no. 1132900 ​​​